Although Silicon has not been regarded as an essential nutrient for plant growth, research is revealing the wide range of plant functions and processes in which it is actively involved. Consequently, its importance in plant growth is being reassessed, not least in the production of high quality turfgrass.

Silicon is the second most abundant element in the Earth’s crust where it exists mainly as silica (SiO2) or is bound with metals in the form of silicates. Weathering of these minerals releases the silicon into the soil.  Here silicon is found in water as monomeric orthosilicic acid (H4SiO4) and is taken up by plant roots and transported to the shoots. In the plant, silica forms and accumulates in the cells of various tissues including the outer epidermis of leaves and the plant vascular system. All terrestrial plants contain silicon in their tissues, although the amount of silicon varies considerably among species (ranging from 0.1 to 10% silicon dry weight), with monocotyledons accumulating more silicon in shoots than dicotyledons. Terrestrial grasses including cereals and turfgrass species contain about 1.0 -1.5% of silicon in their biomass. It has been demonstrated that applications of silica to turf will increase the levels of silica in the leaf tissue of both cool and warm season turfgrasses. This phytogenic silica is eventually recycled via plant organic matter (OM) which decomposes, releasing the silicon back into the soil.

How available is silicon for plants?
Despite the high incidence of silicon in many soils, there is often low silicon availability for plants. Due to their low mineral content, organic soils can be deficient in plant-available silicon. Surprisingly, mineral soils containing a high content of quartz sand (e.g. sand-based sports rootzones including USGA-based quartz sand greens and tees) can also be silicon deficient. Silicon deficiency occurs most often in highly weathered low pH soils, where heavy rainfall and irrigation causes leaching and eventually silicon depletion. silicon deficiency can also occur due to losses caused by continuous planting of crops that demand high amounts of this element. For example, a rice crop can remove up to 470 kg of silicon per ha. Consequently, repeated cropping results in the removal of silicon from the soil at a rate faster than it can be replenished naturally. The loss of silicon in turfgrass cuttings removed during maintenance has not been assessed.

Current research at the Queen’s University in Belfast has demonstrated that ryegrass growth can be enhanced by the application of silicon in the form of orthosilicic acid (H4SiO4). 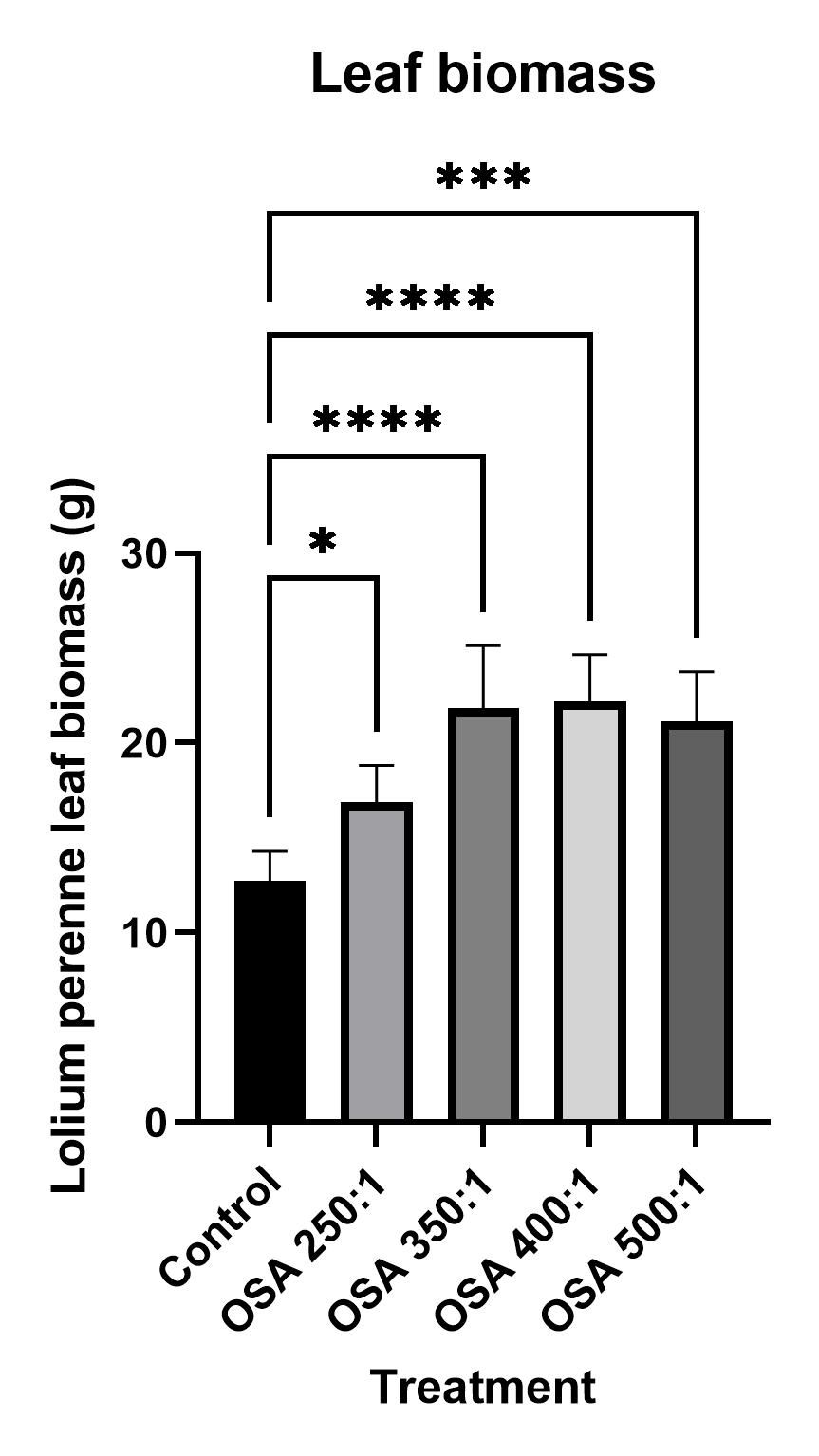 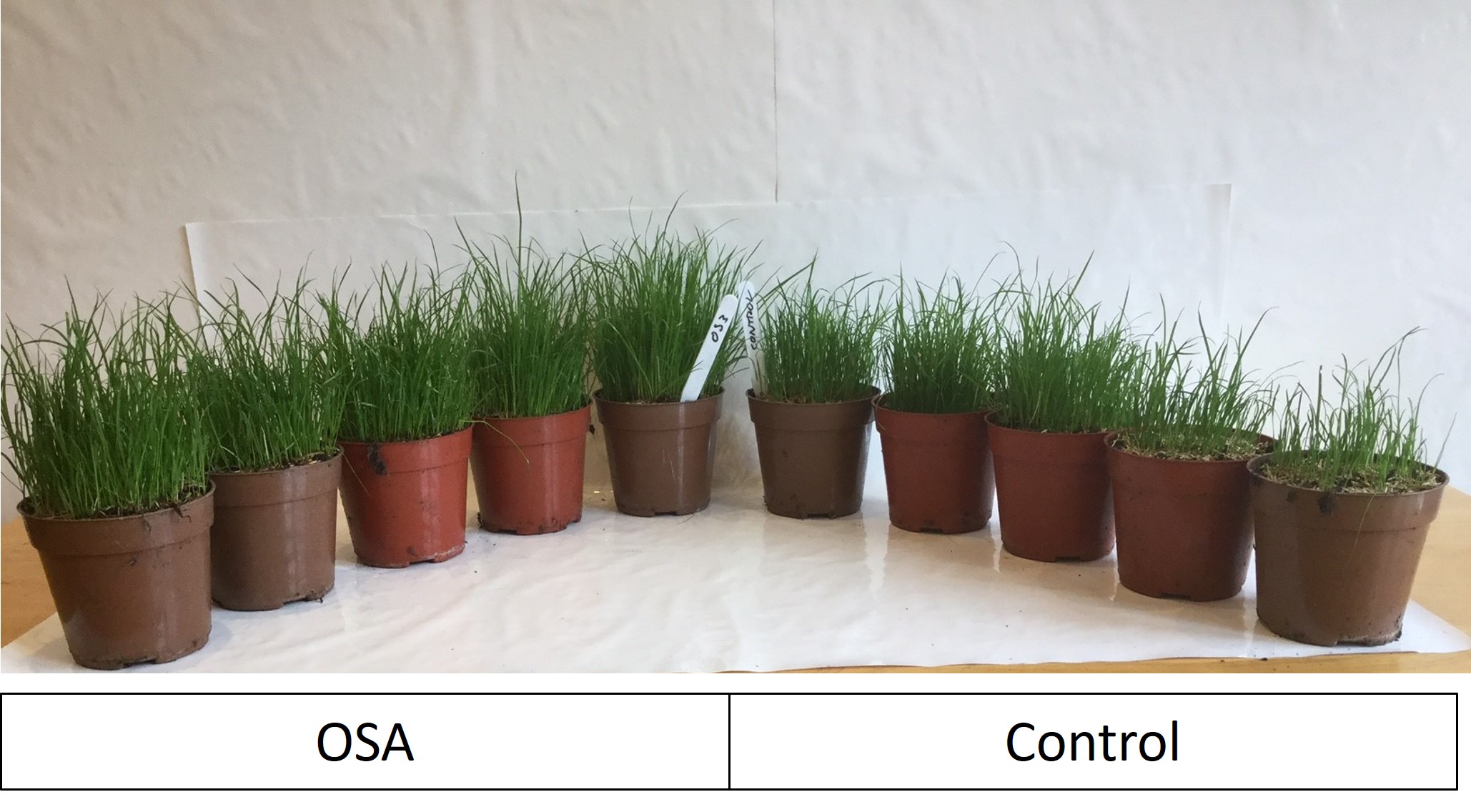 Significantly, optimal growth occurred at lower concentrations of silicon, supporting the view that silicon can act as a biostimulant.

Is silicon an effective plant biostimulant?
Plant biostimulants have been described as any substance or microorganism applied to plants which (regardless of its nutrient content) can enhance nutrition efficiency, abiotic and biotic stress tolerance and crop quality traits. While most growers and agronomists considering the use of a biostimulant to manage abiotic and biotic stress are familiar with materials such as seaweed extracts, humic acids and protein hydrolysates, it can be a surprise to them that silicon also falls into this class of bioactive materials. Several scientific studies have now demonstrated that silicon can also enhance the stress tolerance of a wide range of plants including turf species.

A recent study on wheat has shown that silicon treatment modifies the activity of 1000s of plant genes and provides some insights into the ways in which silicon can influence plant growth. Most of the genes responding to silicon were involved in plant growth and development, photosynthesis, iron metabolism, stress management and resistance to pathogens. This supports the many observations that silicon can affect growth and increase the tolerance of plants to abiotic and biotic stresses. Together, these findings highlight the importance of silicon to plants and suggest that silicon should be a key component of turfgrass nutrition.

Past research into the inclusion of silicon in turfgrass management programmes has largely involved three areas:

Silicon enhances the tolerance of turf to drought and salinity stress.
The availability and cost of irrigation water is increasingly becoming a significant problem for turf production. Experiments in the USA have shown that the quality, colour and density of silicon treated turf subjected to drought were significantly enhanced compared to non treated turf. For example, Kentucky bluegrass pretreated with Na2SiO3 over 2 weeks was subjected to drought stress and measurements of chlorophyll, electrolyte leakage, and antioxidative activity recorded. Silicon treated drought stressed plants were longer, had more roots (both length and weight), and weighed more (dry weight) than Kentucky bluegrass that had not been pretreated with the silicon.  Silicon helped maintain higher stomatal conductance, relative water content, and water potential in the turf. Leaves on Silicon treated plants were also larger and thicker, thereby limiting the loss of water through transpiration and reducing water consumption. Additionally, Silicon fertilization seemed to modify the development of secondary and tertiary cells of the plant endodermis, thus allowing better root resistance in dry soils and promoting a faster growth of roots, all of which enhance the plant’s tolerance of drought conditions.

Silicon also induces changes the metabolism of plants including stimulation of antioxidant defences which help maintain key processes such as photosynthesis, especially during the summer when plants are influenced by environmental stress including drought. The use of silicon applications in UK turf production has also indicated that it can increase water use efficiency in irrigated turf and enhance the response of turf to foliar nutrition.

In certain areas of Europe, salt stress is becoming a regular problem associated with lower quality irrigation water. There is some research evidence that applications of silicon can protect turfgrass (e.g. Kentucky bluegrass, common bermudagrass, tall fescue, and perennial ryegrass) from salinity problems. Benefits of silicon application include improved seed germination, better canopy coverage, increased plant height, leaf area and tiller number. These studies concluded that the addition of silicon inhibited the absorption and transfer of sodium within turf leading to reduced sodium levels in shoots and roots.

Silicon enhances the ability of turfgrass to withstand wear and tear
The notion that deposition of silica in plant tissues could result in more rigid and physically resilient plants came from observations in crops such as rice where increased silicon levels resulted in a more erect leaf blade. Since then, several studies, supported by anecdotal evidence, have examined the effects of silicon on turfgrass tolerance of wear and tear and golf ball roll. Generally, results supporting increased turf resistance have been inconsistent. However recent research on perennial ryegrass managed as a sports field, with wear (or no wear) traffic treatments applied weekly, indicated that silicon applications significantly increased ryegrass density in the trafficked areas.

Use of silicon for disease control
One of the most significant limitations on maintaining high quality turfgrass has been the loss to the industry of multiple fungicides. This has led to increased disease problems and stimulated interest in alternative approaches to pathogen control in turfgrass. In particular, the ability of silicon to reduce turf disease has been examined, with applications of silicon often observed to reduce levels of turf diseases (gray leaf spot, dollar spot and brown patch) in turfgrass species including creeping bentgrass, bermudagrass, perennial ryegrass, and St. Augustinegrass.

Where disease control has been observed it is believed a combination of mechanisms may be involved:

While studies have confirmed that silicon applications can reduce pathogen levels (especially gray leaf spot) in many cases, the silicon rates required were high and greatly exceeding what is delivered via recommended rates for commercial turfgrass silicon products.

Consequently, there has been considerable interest in the development of specialised formulations containing novel silicon chemistries and plant extracts which act synergistically to deliver effective concentrations of silicon and induce plant disease tolerance. Trials examining the potential of these materials for disease control are ongoing, with particular attention on their role in managing cool season turf pathogens such as Microdochium nivale.  Evidence from the horticultural industry has shown our complex biostimulants can be used in combination with lower rates of fungicides in the management of fungal pathogens. 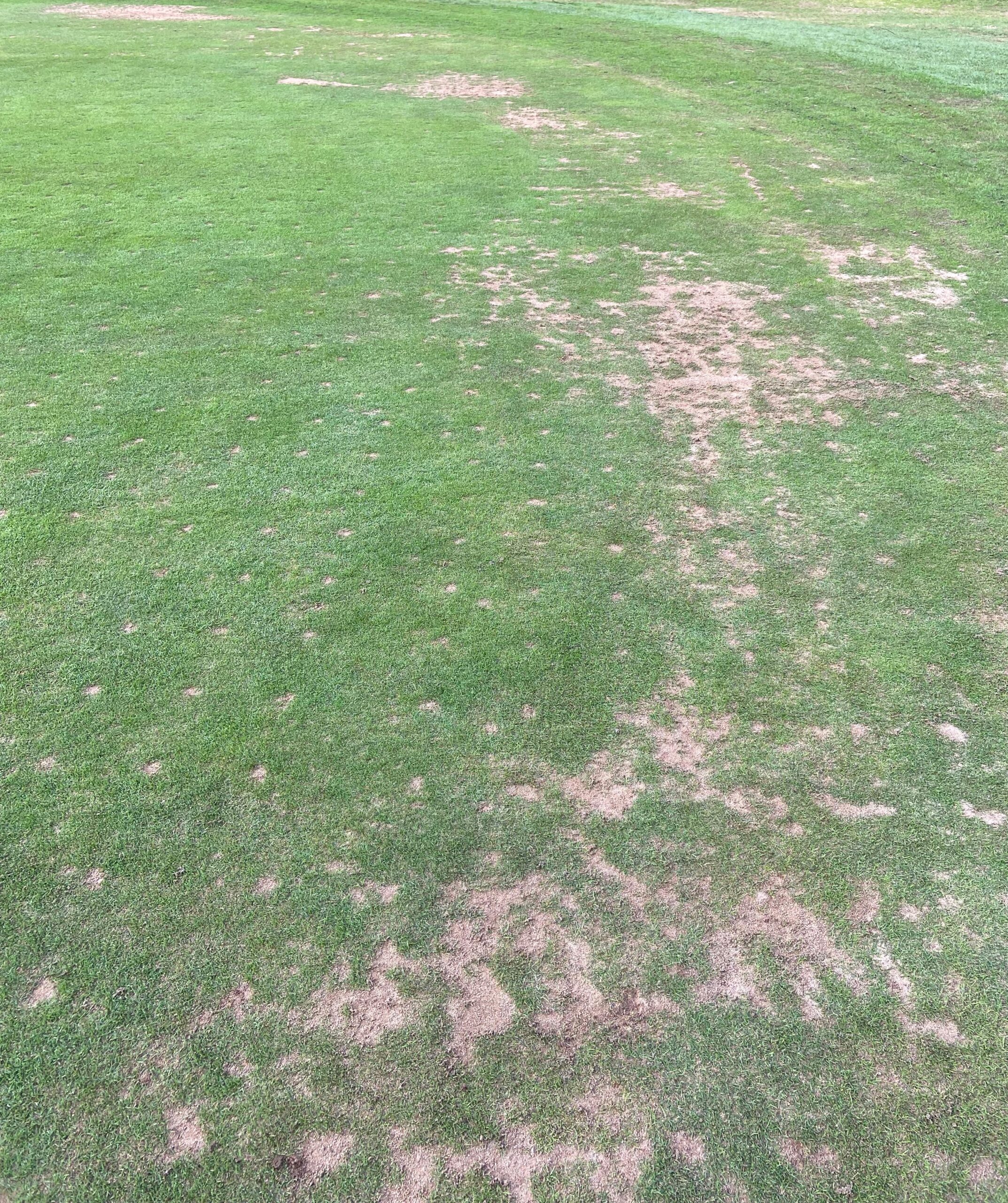 Figure 2: Trials assessing the ability of silicon applications in managing Microdochium are underway

There is always a practical requirement with these newly developed products to easily fit into the existing working practices and treatment regimes used by Greenkeepers and Groundsmen and care has been in the design phase to ensure these formulations are tank mixable with most other compounds allowing ease of use and labour savings.

Why are biostimulants vital for agriculture?

How can biostimulants help against rising fertiliser costs?

Richard Salvage, CEO and Dr Colin Fleming, CSO discuss how the use of biostimulants can help farmers reduce their fertiliser usage and save costs.